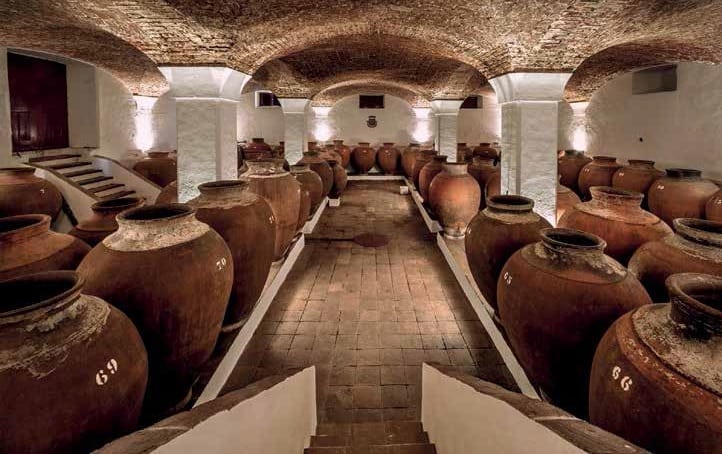 It is quite surprising that in Europe there are 2 unbroken traditions of winemaking in amphora still in existence. The older one (8000 years) is from Georgia and the more “recent” one (2000 years) is from Portugal. What is more surprising is that neither knew of the others existence till only a few years ago .The Portuguese tradition was started by the Romans who got it from the Georgians so the two traditions are in fact related and this year, in exclusive to “Terracotta and Wine 2016” they met each other for the first time at a table with their wines for a historical wine tasting session: “The meeting of long lost cousins after 2000 years!”

Though distinctly related there are a quite a few differences in how each make their wine, giving input for a great discussion and exchange of winemaking methods. The Georgians bury their “Qvevri”(kwevri) underground and the Portuguese stand their “Talhas” (tal-hee-as) upright in their wine cellars (photo by World of Fine Wine) but both are very large (1600 – 2000 litre) containers of a fairly similar shape. Both ferment and age their wines in contact with stems and skins- even their white wines. And both traditions sadly went into decline from the beginning of the last century and more especially so since the 1950’s in fact they nearly almost disappeared altogether. Happily now, it is becoming more and more evident that Amphora winemaking is destined to become the new trend in winemaking and “Terracotta and Wine 2016” attests to this with the presence of amphora winemakers from all over the world. So these ancient traditions are now beginning to flourish again.

We asked the Portuguese Talha wine producers present at our event to give us an interview Here’s what they said:

How do you explain that the tradition of winemaking in talha has survived in Alentejo rather than in other regions of Portugal?

“…for two main reasons…. to do with the isolation, pace and tradition in Alentejo, one of the least populated and “elderly” regions in the Country, where a lot of migration took place towards the bigger cities and the coast line.

…in the mid-fifties, when the stockists and wine “negociants” started to operate and develop their business in the Country, they tended to operate around the biggest areas of wine production at the time, which were located in the centre of the Country (Dão and Bairrada). On the other way they operated their sales around that area but also in the more developed zones, big cities and the coastline, far from Alentejo. That has helped Alentejo, to keep their supplies of wine to the taverns and places of consumption, from the traditional and local methods and ways of producing wine, the Talha Wines“.

“…one village in the Alentejo region, Vila de Frades, which had maintained the tradition of producing Talha wines, held an annual wine contest on Saint Martin’s day. At the beginning, this event was mainly for the local population to open the amphorae and taste the wines in order to keep the vinification process alive.

…the producing areas of Clay jars (Talhas) were some Alentejo villages, namely São Pedro do Corval, near where our cellar is. Even today, the small clay pots are produced. These facts allowed the technique to remain in the Alentejo region and not elsewhere in Portugal. ”.

Talhas? No one makes them anymore. We use old Talhas…

We discover that the typical terracotta Talhas of the size in which they were originally produced, with a capacity of 2000 litres and standing over 2 meters tall, are no longer manufactured. Today, only small terracotta vessels are produced and so not suitable for making wine.

Where are talha wine-jars made and who makes them?

“In our case, when we bought the property in 2003, we found some jars that we are using now but we want to buy other made with a new technology”.

“Today there’s no trace of who is still making Talhas in the old formats (2 meters high). Concerning its origins, Talhas have different shapes according to the small Alentejo villages where they were made: Cuba, Vidigueira, Vila Alva, Serpa, São Pedro do Corval and Beringel. Herdade do Rocim estate is located between Cuba and Vidigueira”.

If tradition is to survive, the challenges to fight are not lack of techniques and skilled labour but, apparently, a far simpler, at least in appearance, technical problem…

“We are lucky enough to be located in an area where one of the most important clay pottery centres of Portugal is based, the neighbouring village of São Pedro do Corval. Unfortunately, as far as we are concerned there is no one still producing our traditional clay amphorae, the Talhas. But it’s a technical issue, there are still people available, that have the knowledge and the technique to make them, what they don’t have is an oven with enough capacity to “cook” our Talhas that have big dimensions, and can go from 700 L to 2000 L capacity. The Talhas we managed to acquire, are all very old, one of them dates from the 19th century and were all produced in the nearby Village of S. Pedro do Corval”.

And the commercial market? Interest and enthusiasm from the US, Europe and Japan

The Alentejio wineries are who are working in order to recover their old traditions, have before them a very interesting commercial market: the US, Europe and Japan. There is interest and enthusiasm from consumers. Herdade do Rocim writes: “We realize that sommeliers from high-end restaurants are the first to choose this wine for their wine list”. A very encouraging sign that reveal a prosperous future, largely still to be explored…

“We have been getting a lot of interest and enthusiasm from the consumers and the trade, especially from more knowledgeable and developed Countries, such as US, Japan, Northern Europe and Scandinavia”.

“The market is very interested in Talha wines for two main reasons. First of all it is a very old and traditional technique of producing wines and the wines are completely different in terms of aroma and colour from the “regular” wines produced in the region. For example the traditional producers, like Jose de Sousa, do not use any Filtration process, because the winemaking process in clay ensures a crystalline appearance without any intervention after the winter-time”.

“Our wines will enter the market in the next year. I think people want to taste different types of wine”. 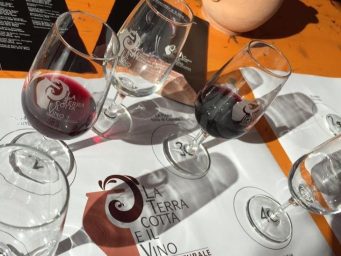 The Dinner of 24 May at “La Bottega di Parigi” and the wines in combination: when the amphora respects the grape variety, the territory and the hard work of man 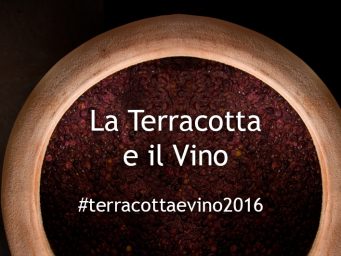 A conference and two days of wine tasting and enlightenment on wine in amphora from Italy and around the world. The discovery of an “ancient future”

France, the Tuscan islands and Italy in amphora on September 22, 2017 at the “Albergaccio di Castellina” in Chianti